Well, we now have had our first frosts here in England, and so it was the perfect time to lift the Dahlia,s and store the Tubas.  As promised I will show the process. Those of you who live in warmer climates will not have to do this, and even in the South of England often tubas are left in because the winters are not as cold as further North.

Here you can see in the first photo how the flowers start to blacken when the frost hits them.  ( If you click the photos, they can be enlarged ) 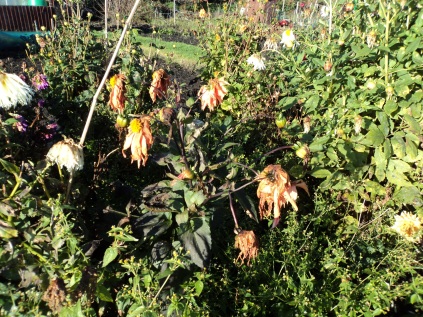 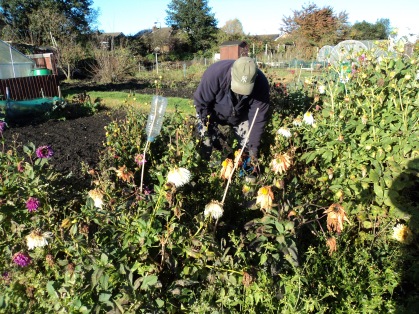 Hubby getting to grips with the Dahlias

After cutting off the Dahlia tops, the tubas are dug up and placed into  the wheelbarrow

My job was labelling.

Hubby made a metal grid in the allotment greenhouse, where you place the stalks side down and tuba side up, This helps to drain the moisture out of the stalks .. And here they will stay for a couple of weeks until the soil has completely dried and can be shaken off.
Then they will be stored in the shed and covered with some hessian sacking. And they will be fine until next year when we will plant them out again.

Everything now in the allotment is more or less ship shape, Hubby has now dug where the Dahlias were, and the last of the weed has been hoed from between the leeks and sprouts. Now the frosty mornings are arriving not many more weeds will grow, and what do now will be easily hoed up.

I took some photos of a couple of plots, just showing you how when you turn your back, or they are left alone for a while just how quickly nature reclaims them back

The plot next to ours, and only a few weeks away it and how its got overgrown with weed just showing you how you have to stay on top of your allotment even in Autumn. 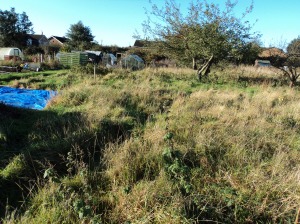 A vacant plot of two years three plots from ours.

This plot was a once well-kept plot, but the person who held it became ill and could not continue.

We also have a plenty of windfall apples, these have been given us by other allotmenteers who have had more than enough for themselves.

All of these apples you see were windfalls which we had given us. And despite their appearances, most are perfect apples beneath their skin and lots of Apple Pie’s have been made and lots more apple crumbles to make too.

And today I made another Apple Pie which goes down a treat with lashings of hot custard.

Happy Gardening, and Happy Eating all that you produce.

Until next time. Sue

51 thoughts on “Storing the Dahlia Tubas for Winter” 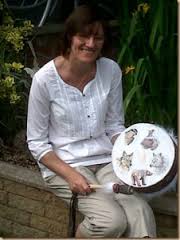 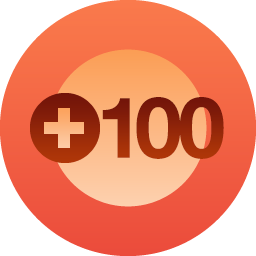